Hello everyone! We, at Teamie, are pleased to announce the launch of our full-fledged Gradebook app for both Android and iOS platforms. Teamie Gradebook app is dedicated to all teachers and instructors and will allow them to review and grade learners’ submissions on the go! Let’s take a deeper look at the key features and workflows of the Gradebook app.

The following are some of the key features of the Gradebook app, which makes the app very handy, intuitive and easy to use:

The Teamie mobile apps are a wonderful way to collaborate socially by sharing different types of posts, reading lessons and accessing assessments anytime, anywhere. Now, to make teachers’ on the go experience complete, we have introduced the Teamie Gradebook app.

Once downloaded, you can access your classrooms’ gradebook from the Gradebook app directly. 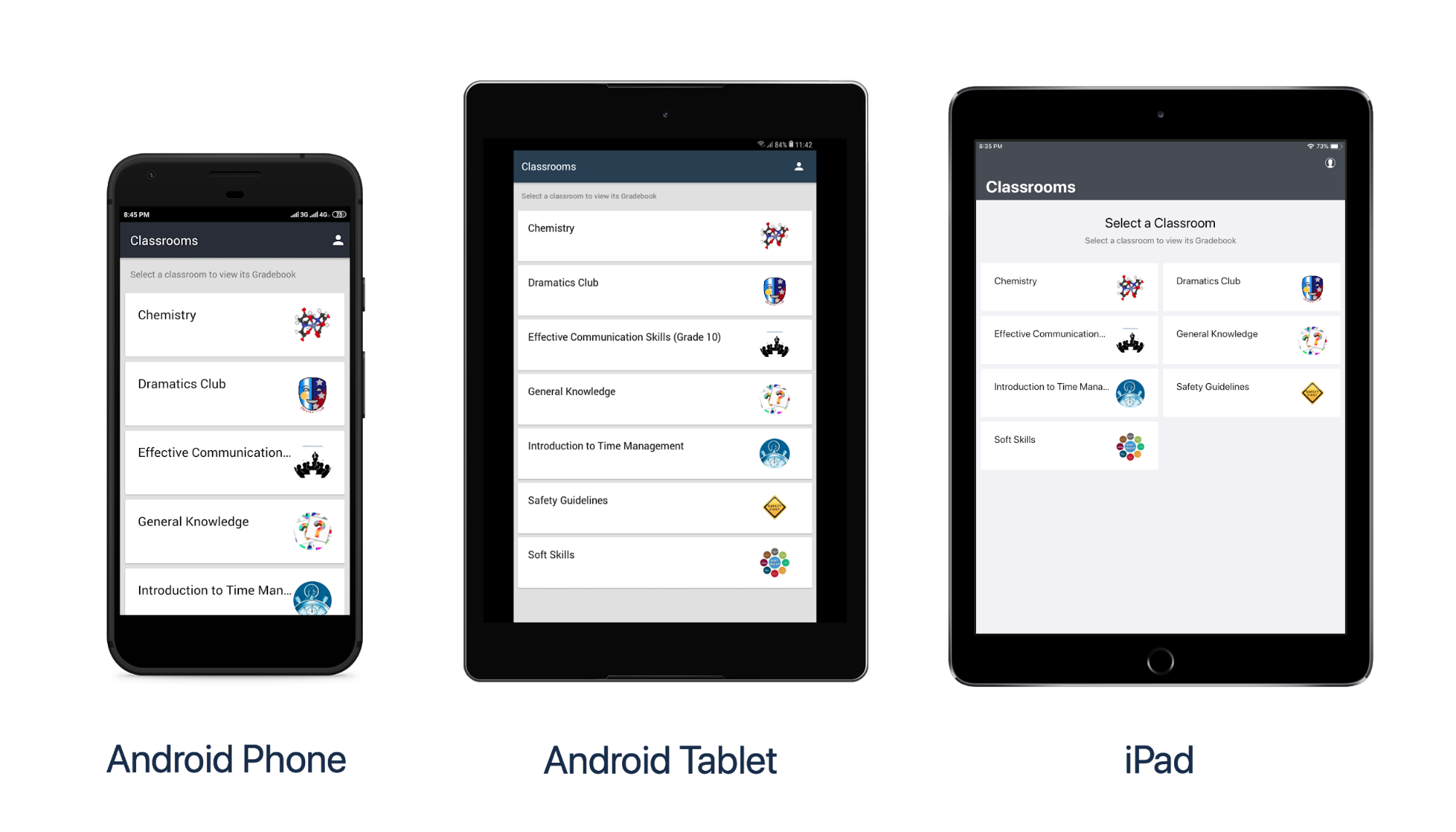 In case you are using the Teamie mobile app, you can navigate to the Teamie Gradebook app through the gradebook link for the classroom. 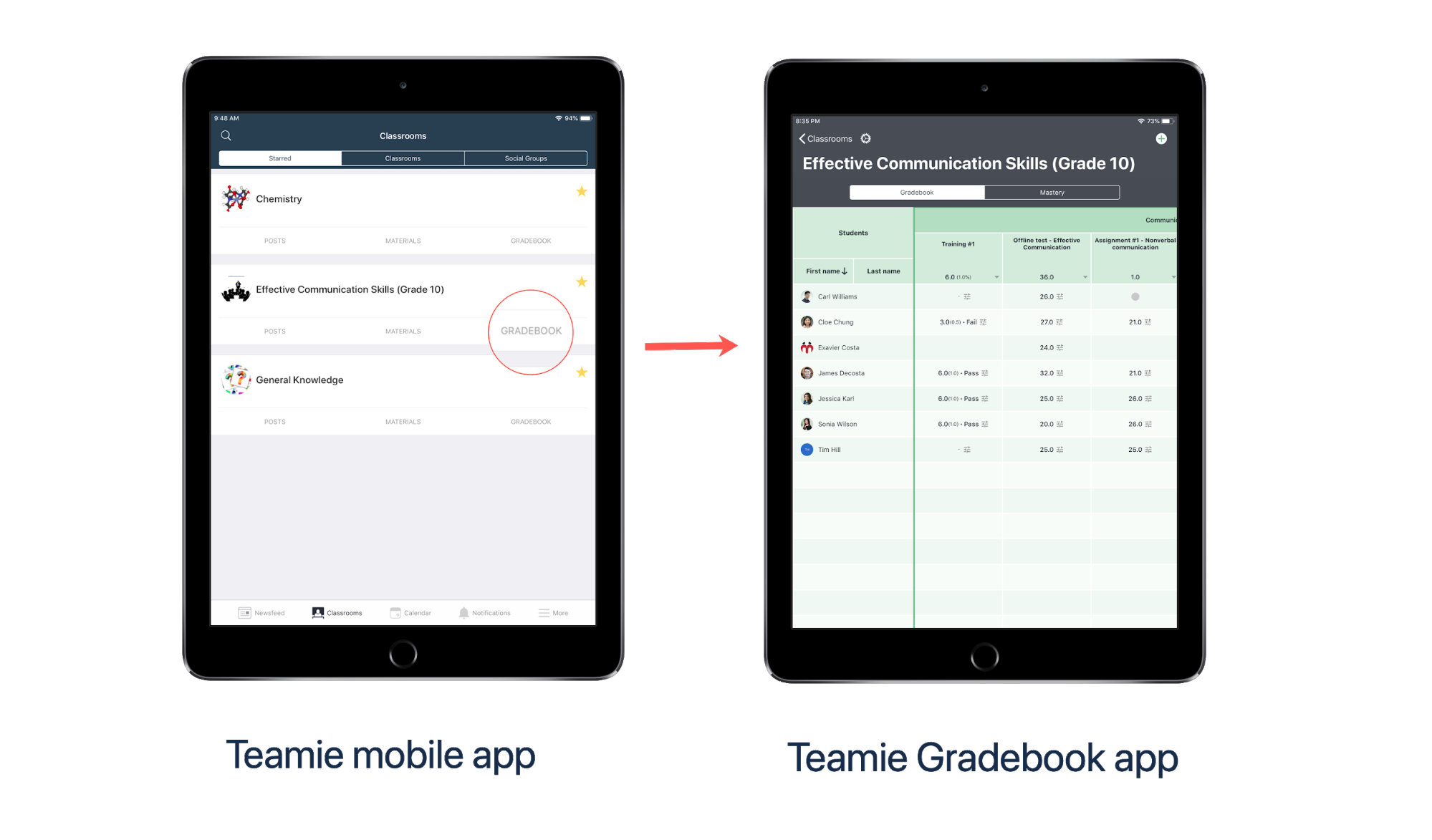 While accessing a classroom’s gradebook from the Teamie mobile app, if the Gradebook app is not installed on your device, you will be prompted to download the same. 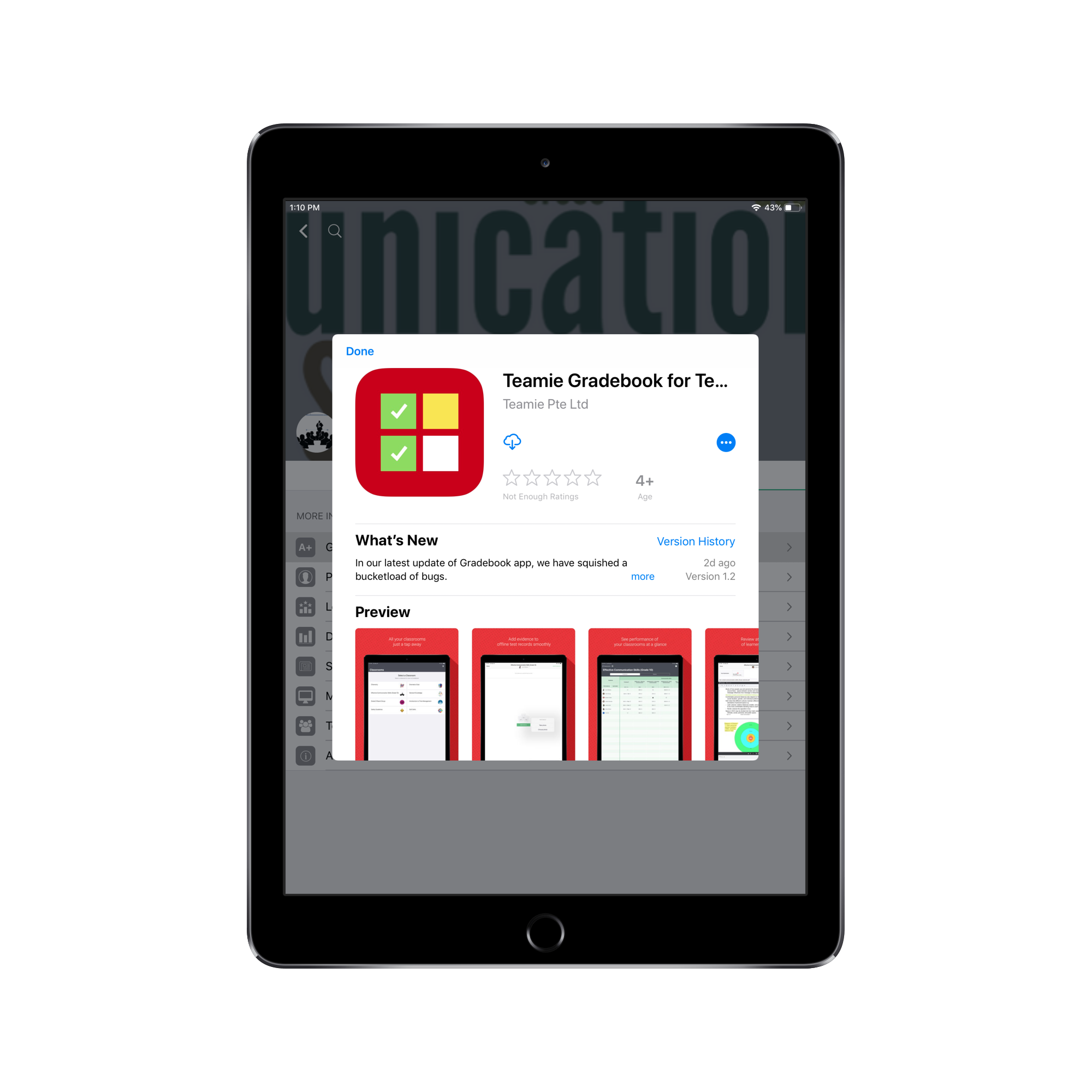 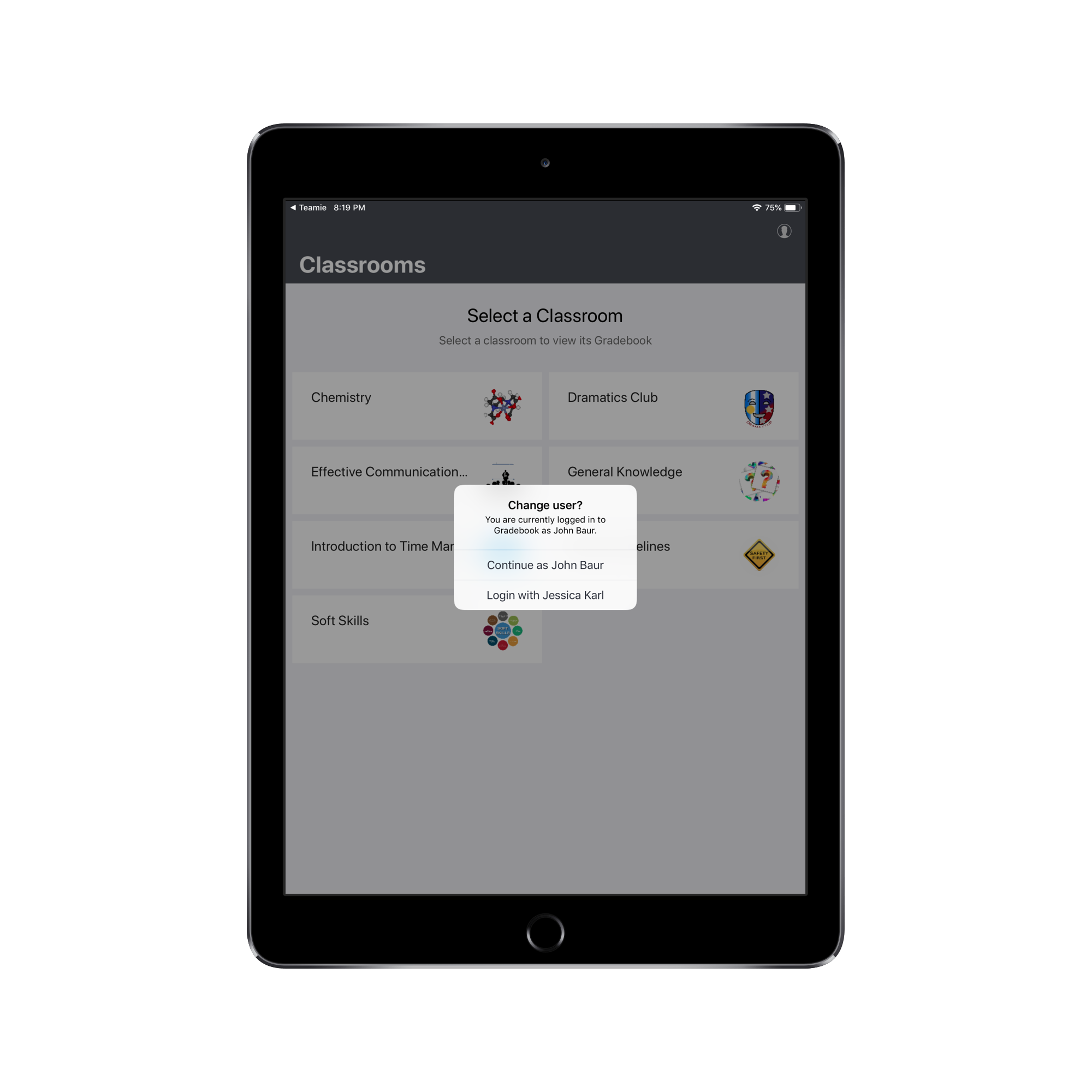 Once you are logged in successfully, you will be shown all the classrooms in which you have a teacher role. Tapping on any classroom will take you to its gradebook. 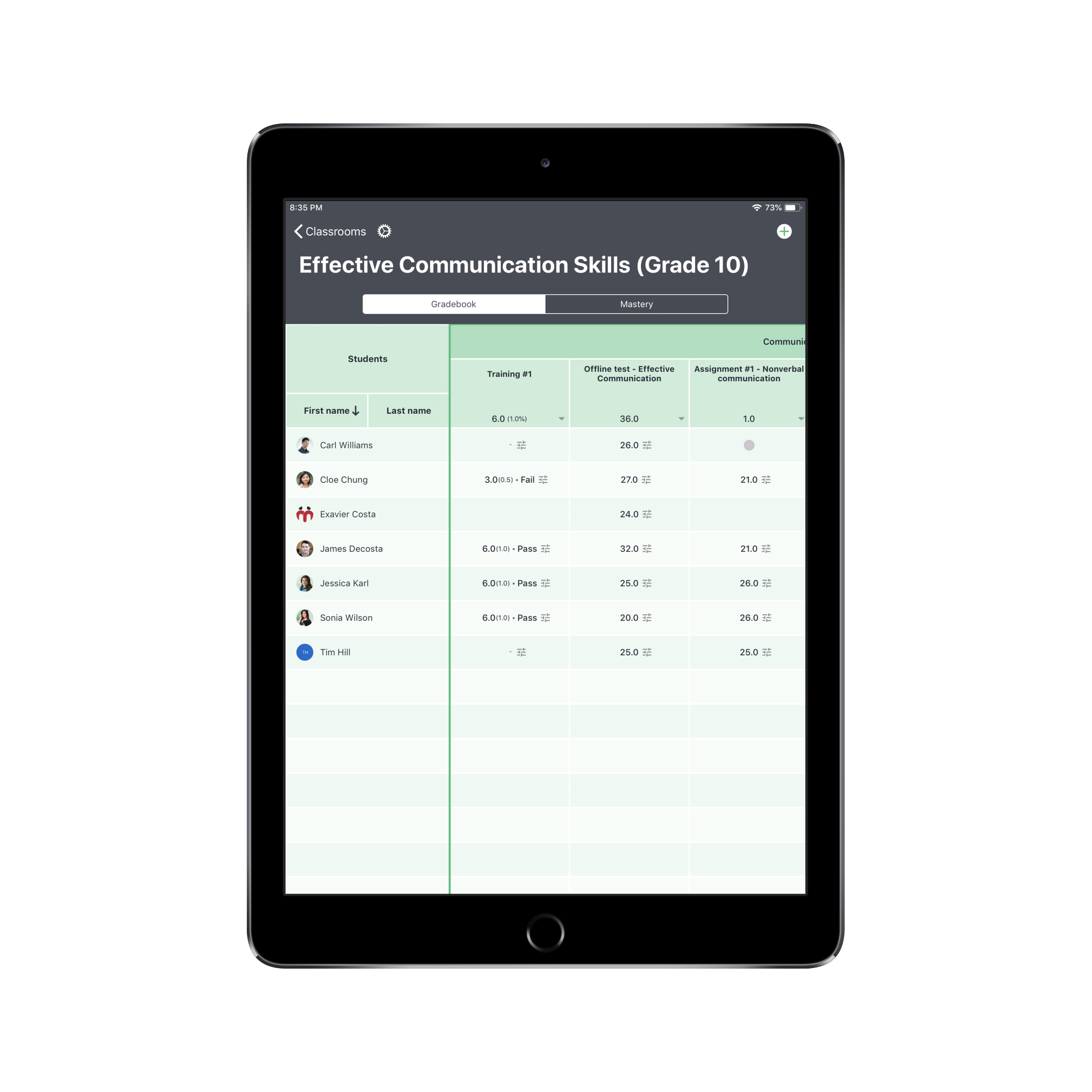 All the assessments will be grouped by their sections, in the same order as they appear in the materials view. You can easily sort the learners’ score from high to low and vice versa, by tapping an assessment’s header. 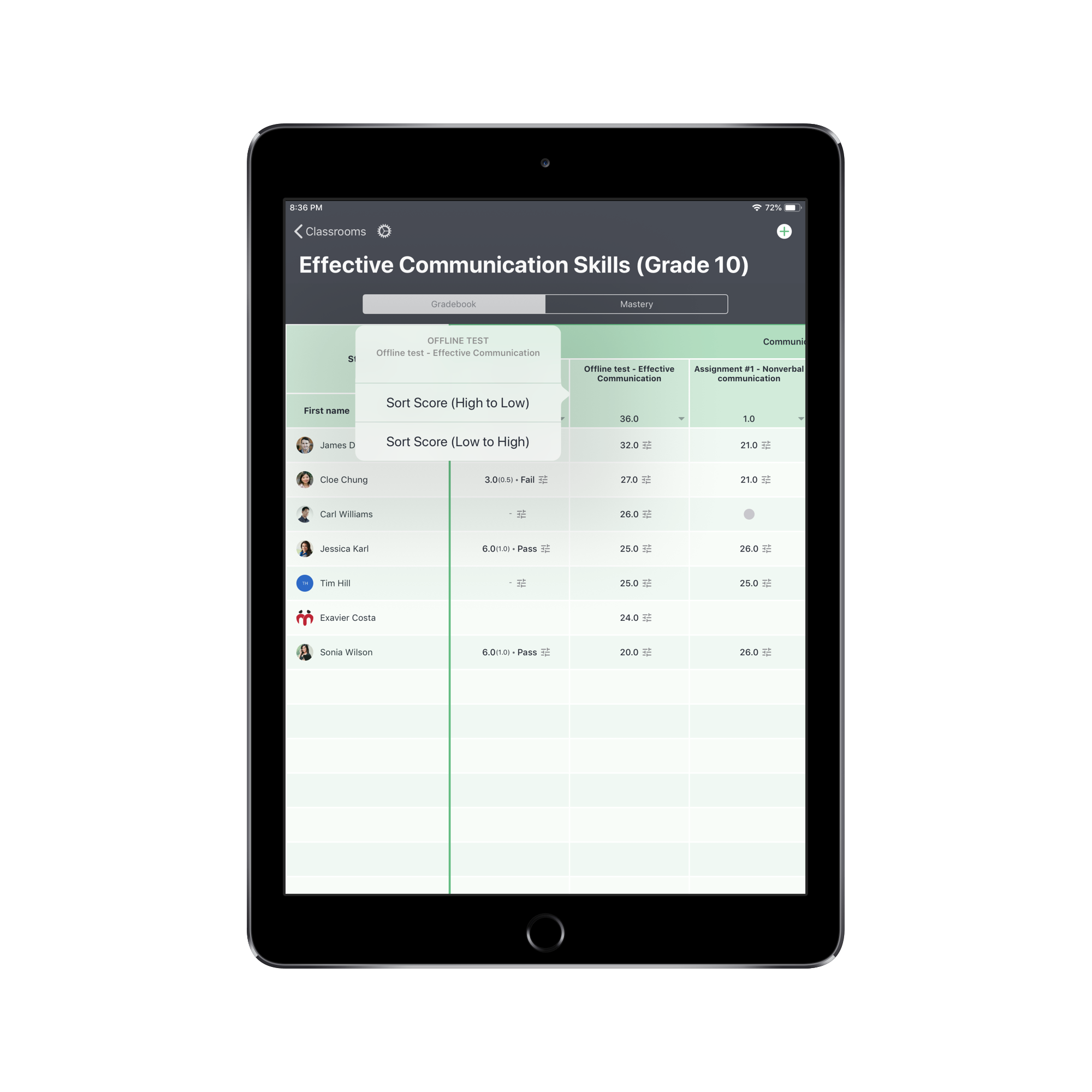 You can also tweak the layout of the gradebook view on the iOS app as per your preference with the help of our detailed layout settings. 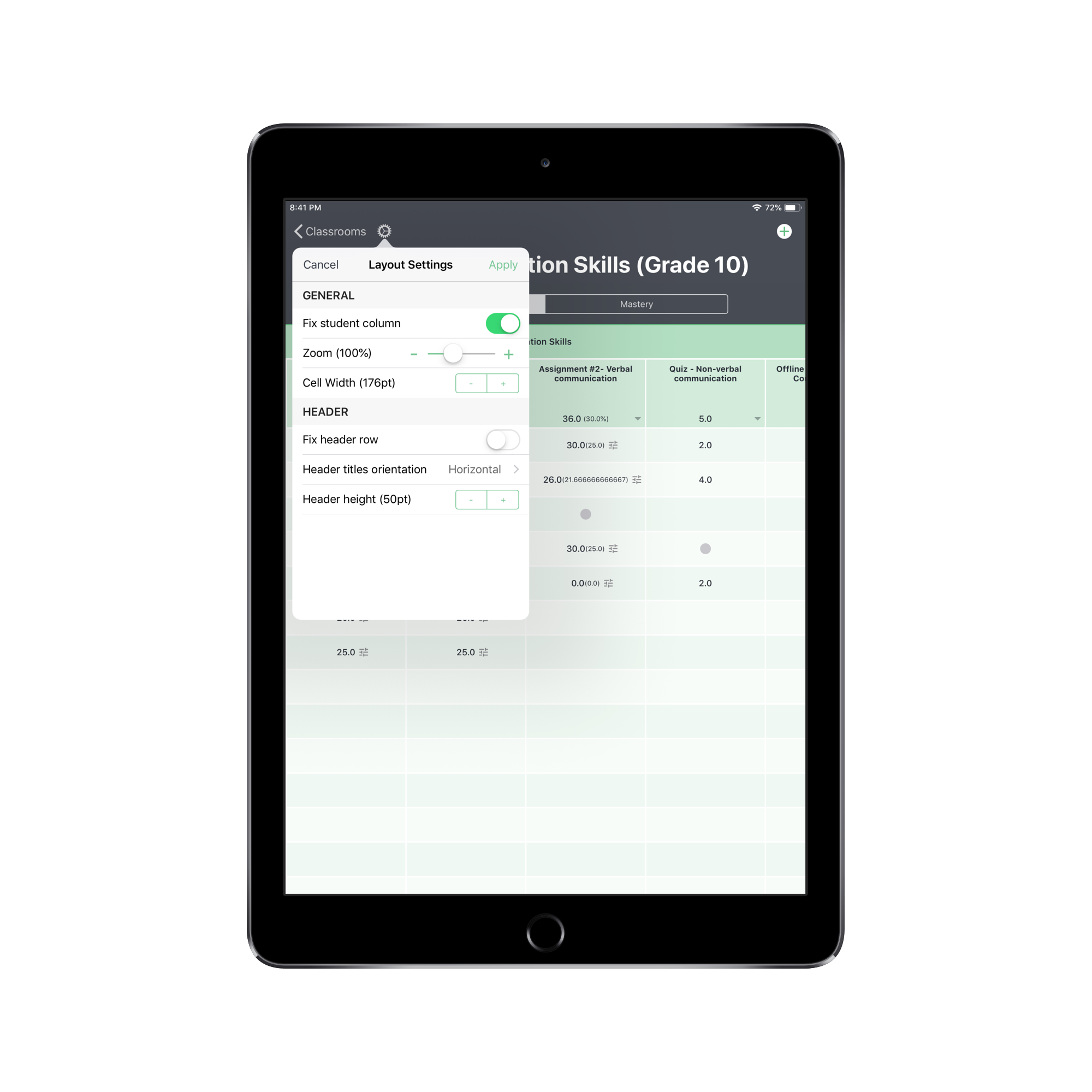 Although the Teamie Gradebook app for Android is not yet equipped with the layout settings, it does have a set of nifty filters to quickly narrow down on the content you are looking for. This proves to be a very useful feature when you have a lot of assessments in different sections in a classroom. Therefore, you can rest assured that we will be bringing this feature to our iOS Gradebook as well in the future. 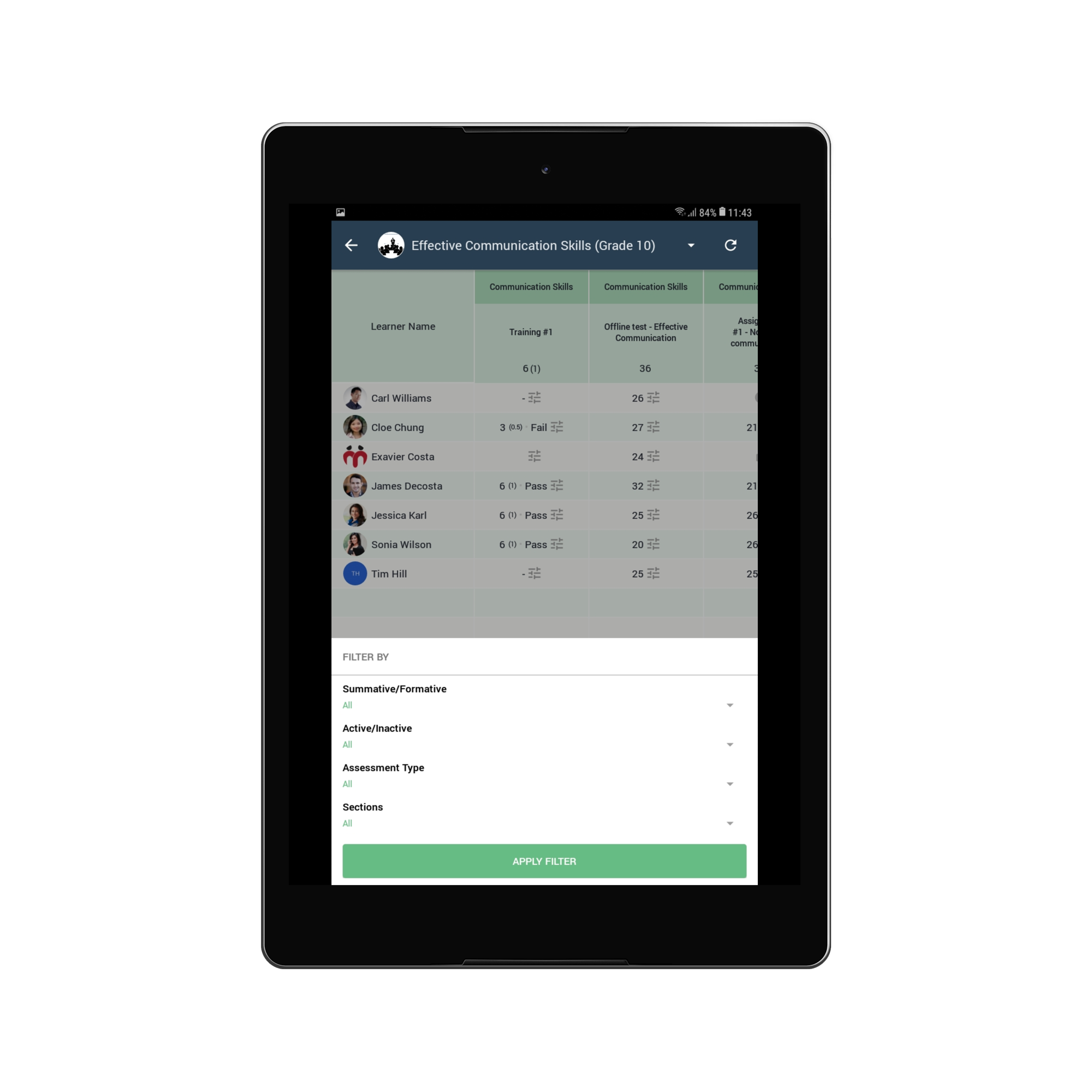 Now, let’s see how the grading process works on the app.

As a teacher, you would be able to view the pending review icon corresponding to the learners who have made attempt(s) for an assignment and that are not yet graded. 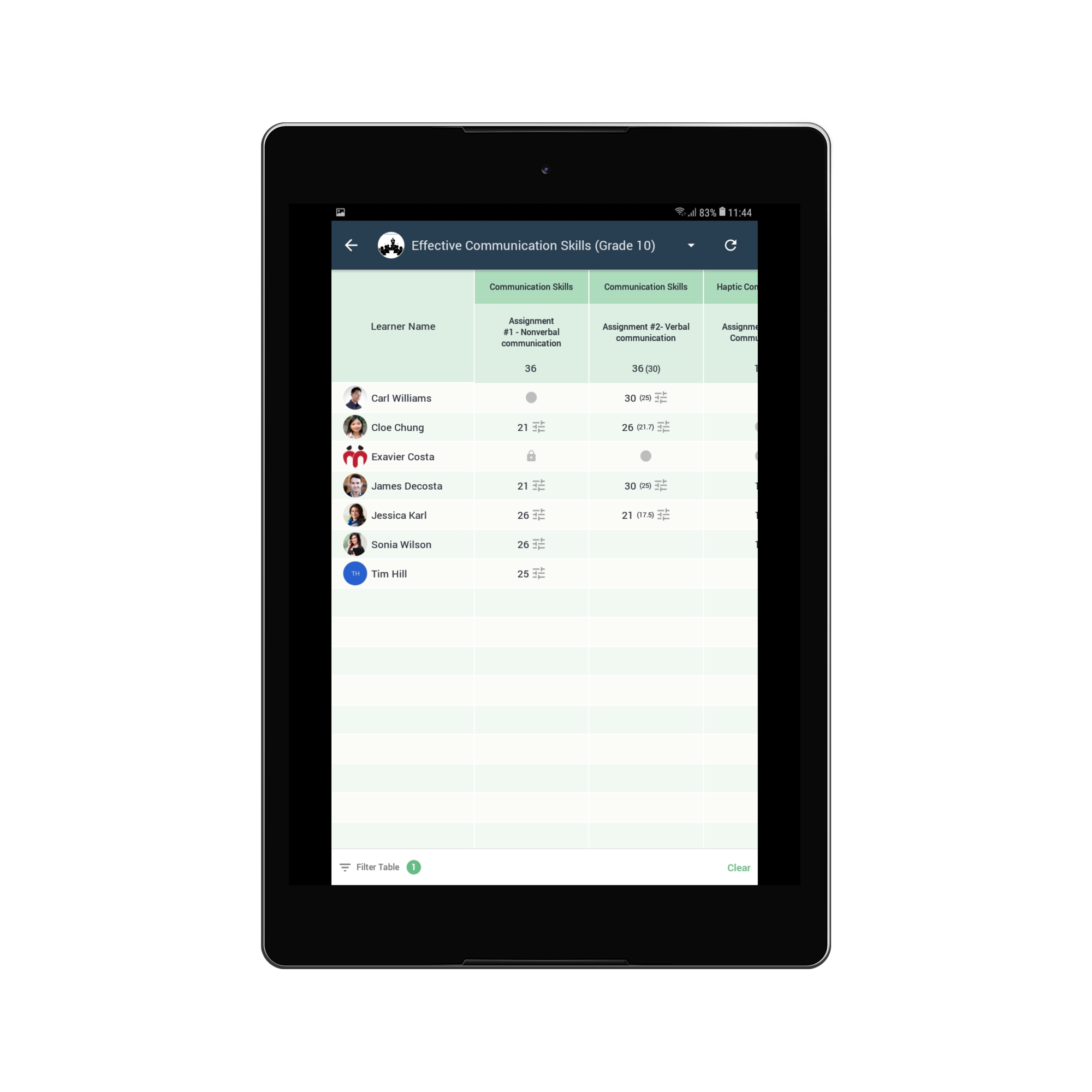 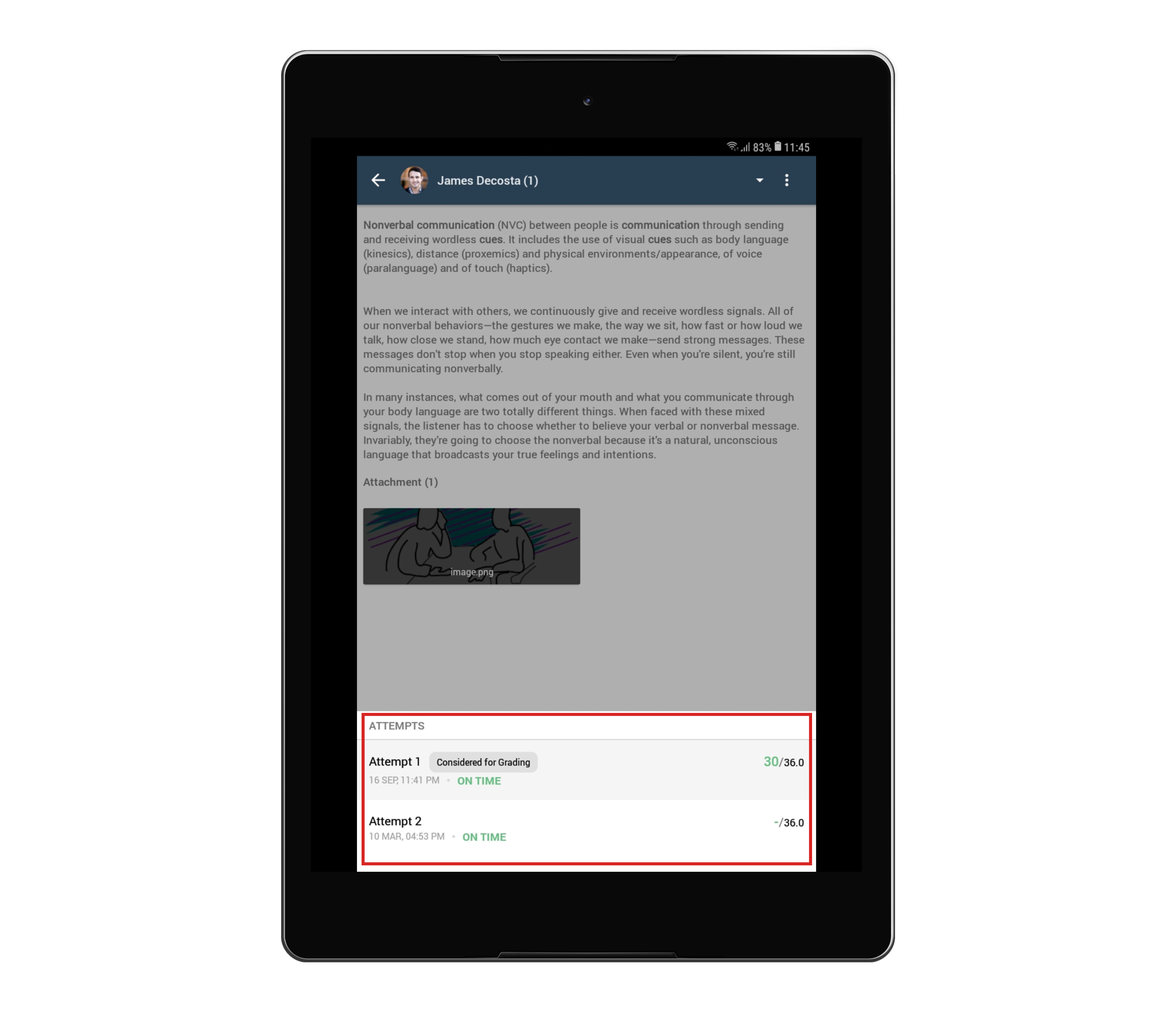 If any documents are added by the learner, you can annotate them from the Gradebook itself. 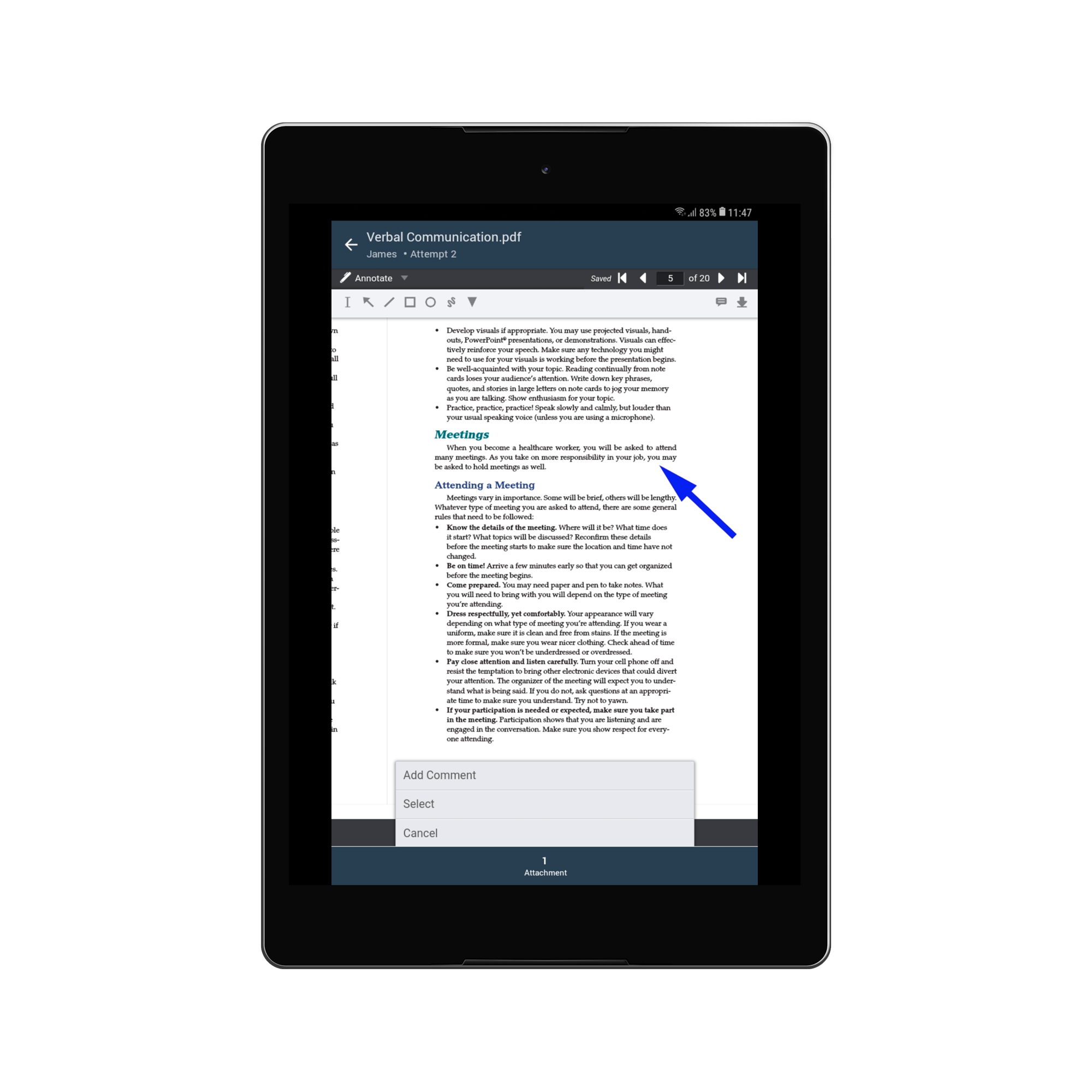 By adding feedback for learners,  you can allow them to improve their work in the future. The app allows you to add feedback as textual or audio comments. 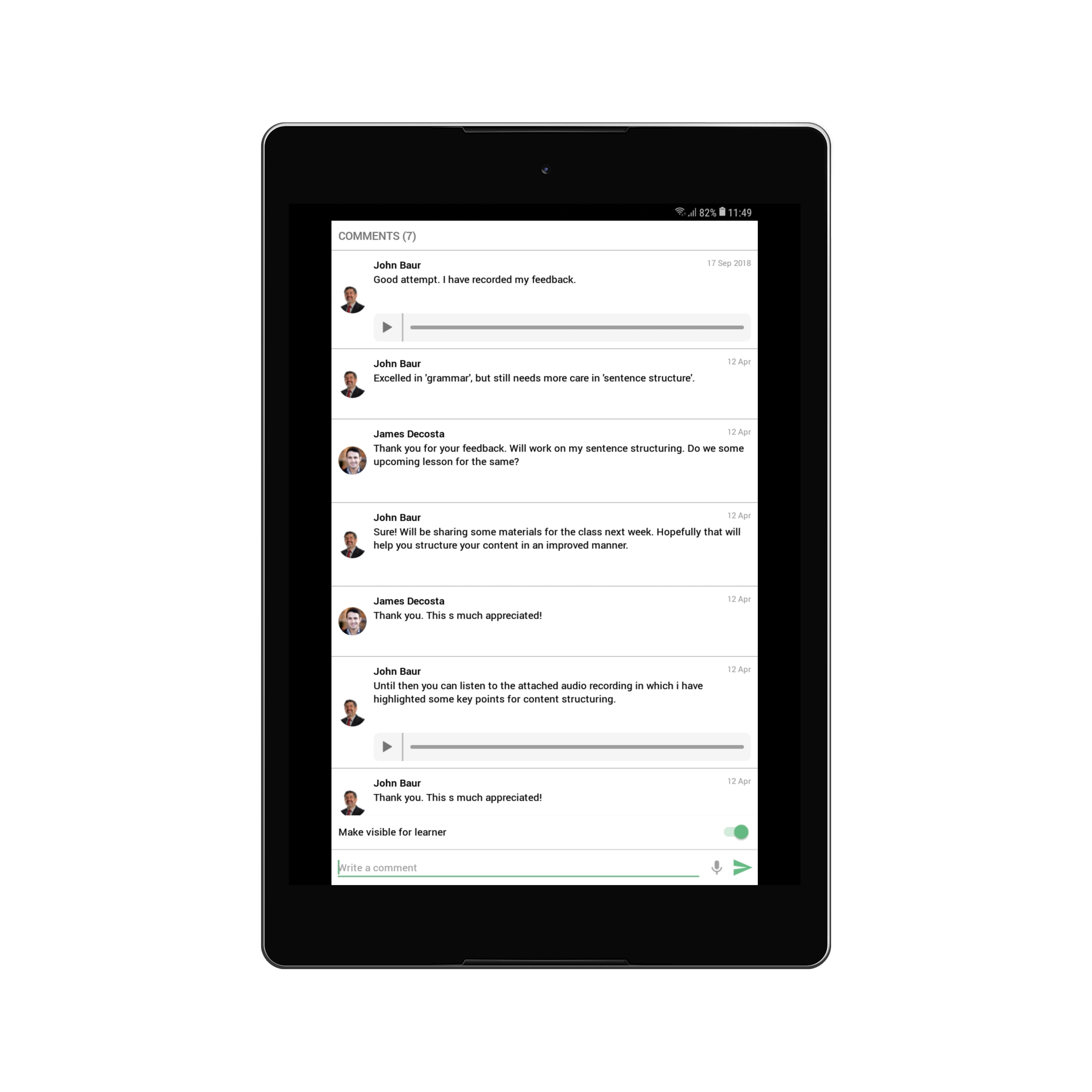 The grading process has also been adapted to be intuitive and easy to execute. As a teacher, you will be able to grade assignments with any type of grading settings.

It can be assignments that have rubric attached (scoring / non-scoring) to them. 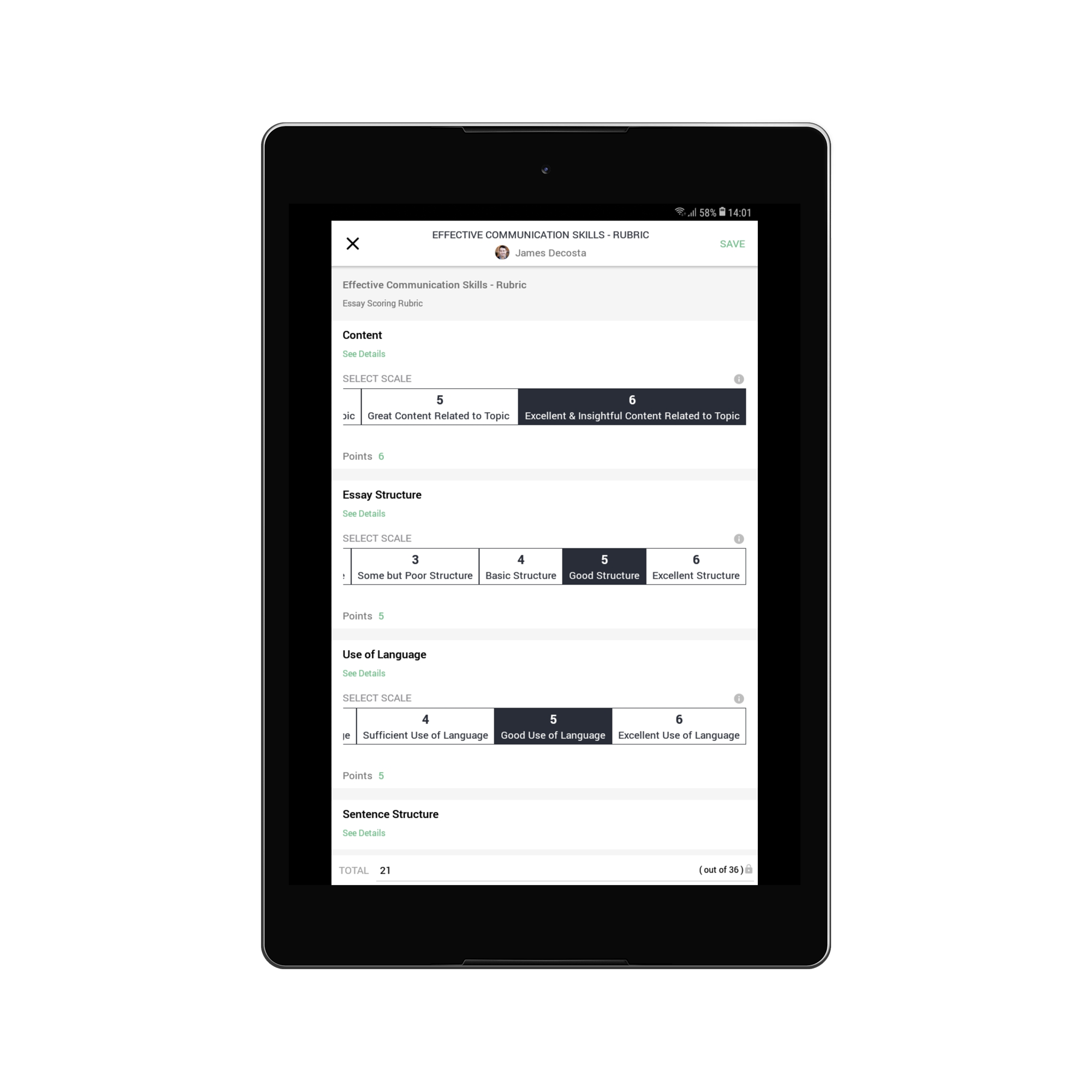 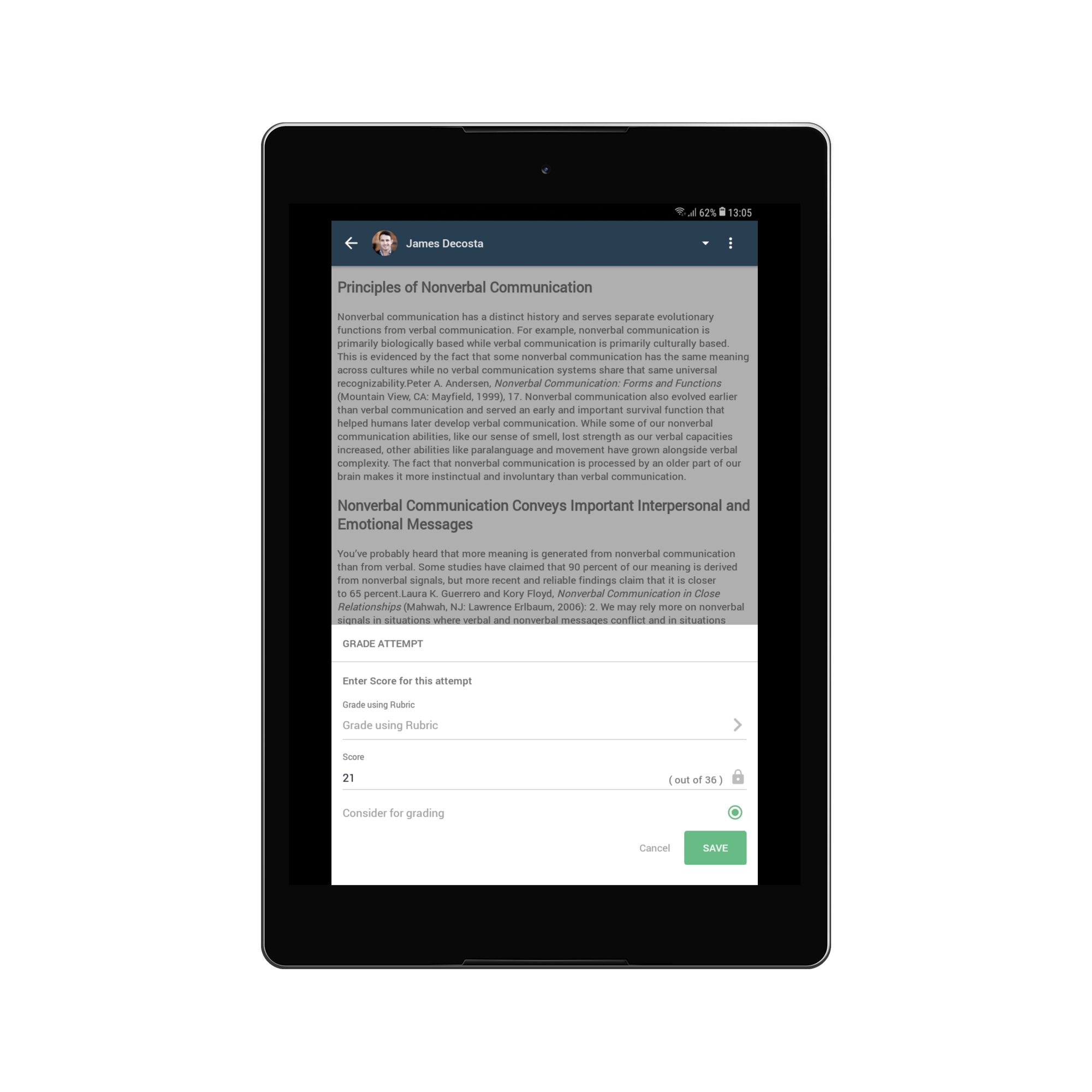 Or it can be assignments with conventional scoring involved. 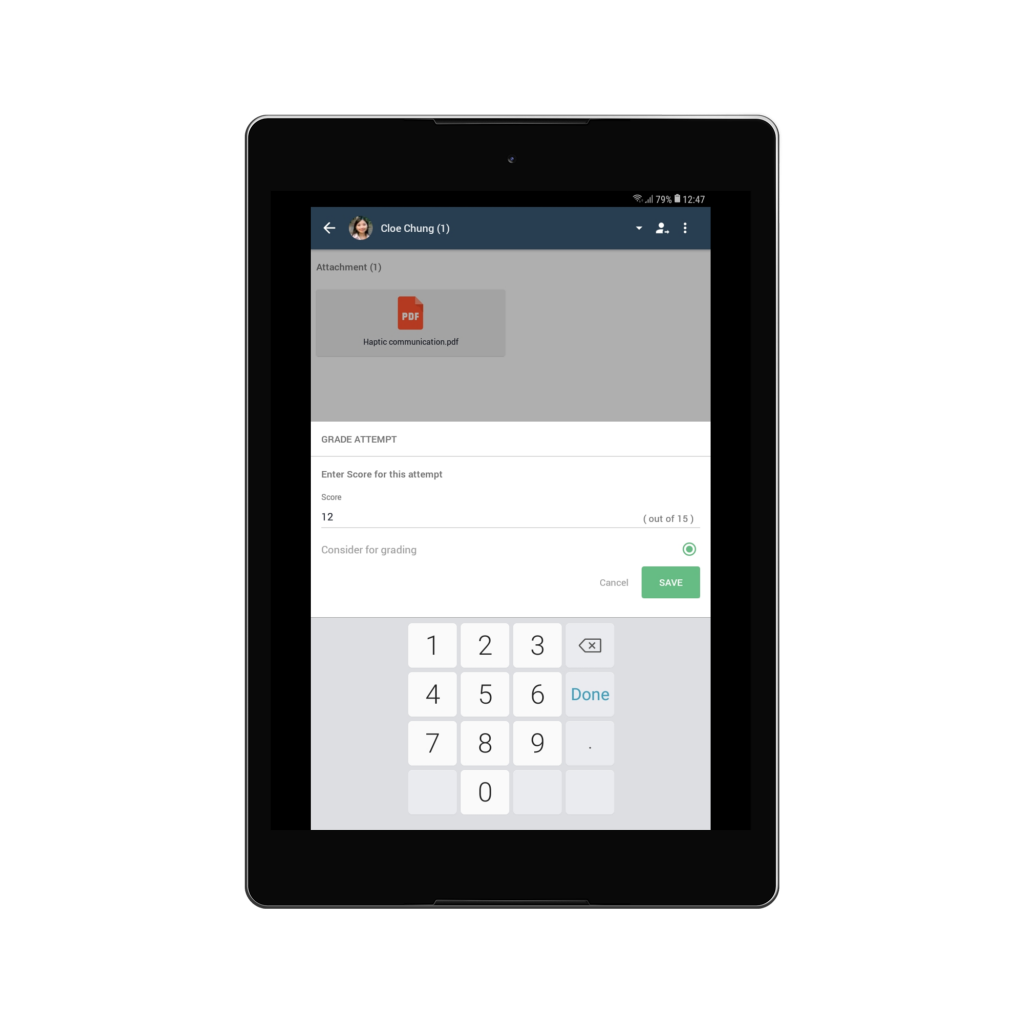 One more thing that is noteworthy is the ability to quickly switch between learners’ submissions while viewing their attempt(s). This means no going back and forth to the gradebook view each time you wish to view another learner’s attempt. Just use the drop-down list to jump straight to the required user in a tap! 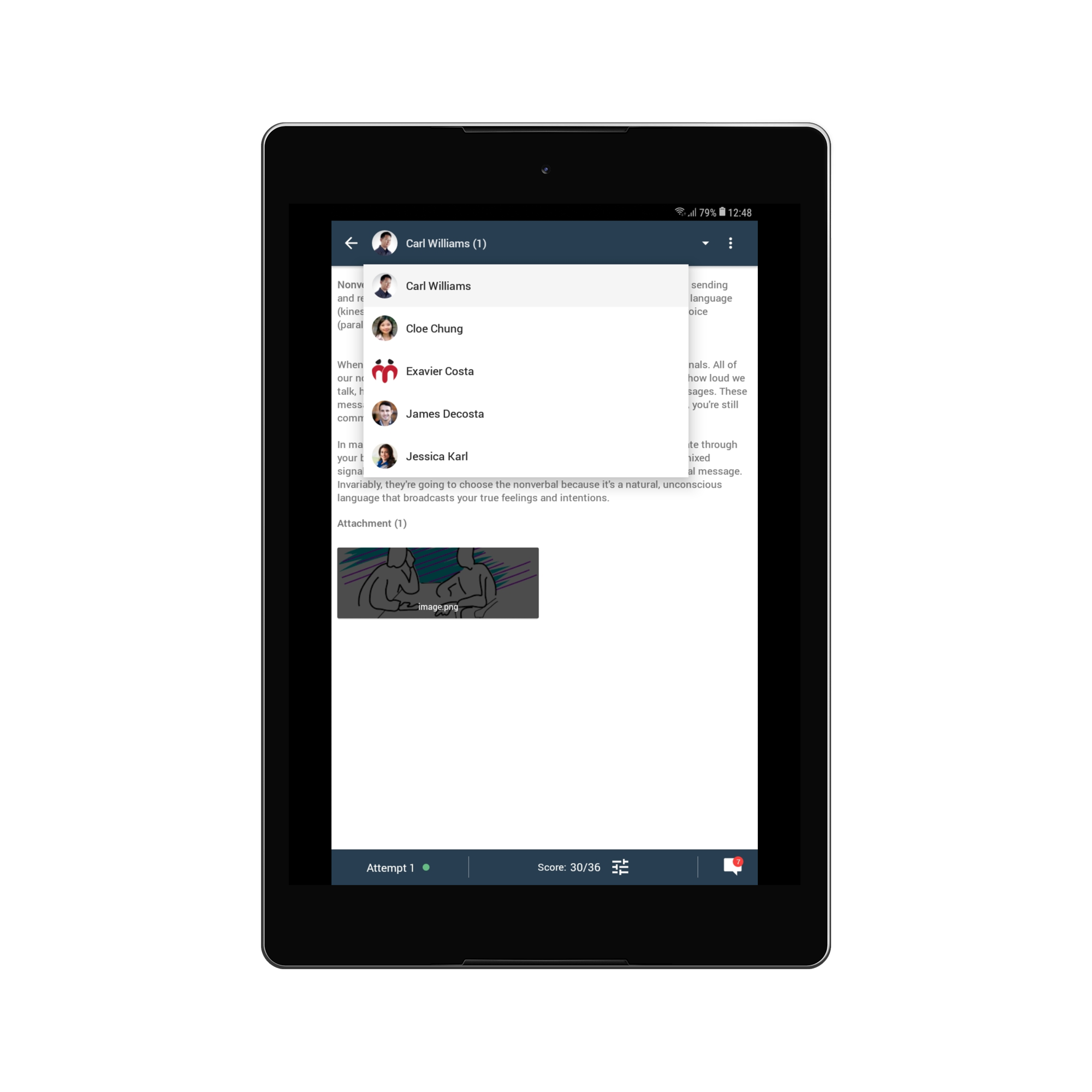 Also, in the case of a rubric, the criterion/scale details can be viewed by tapping on the See Details icon (i). Who knew grading could be this fun 🙂 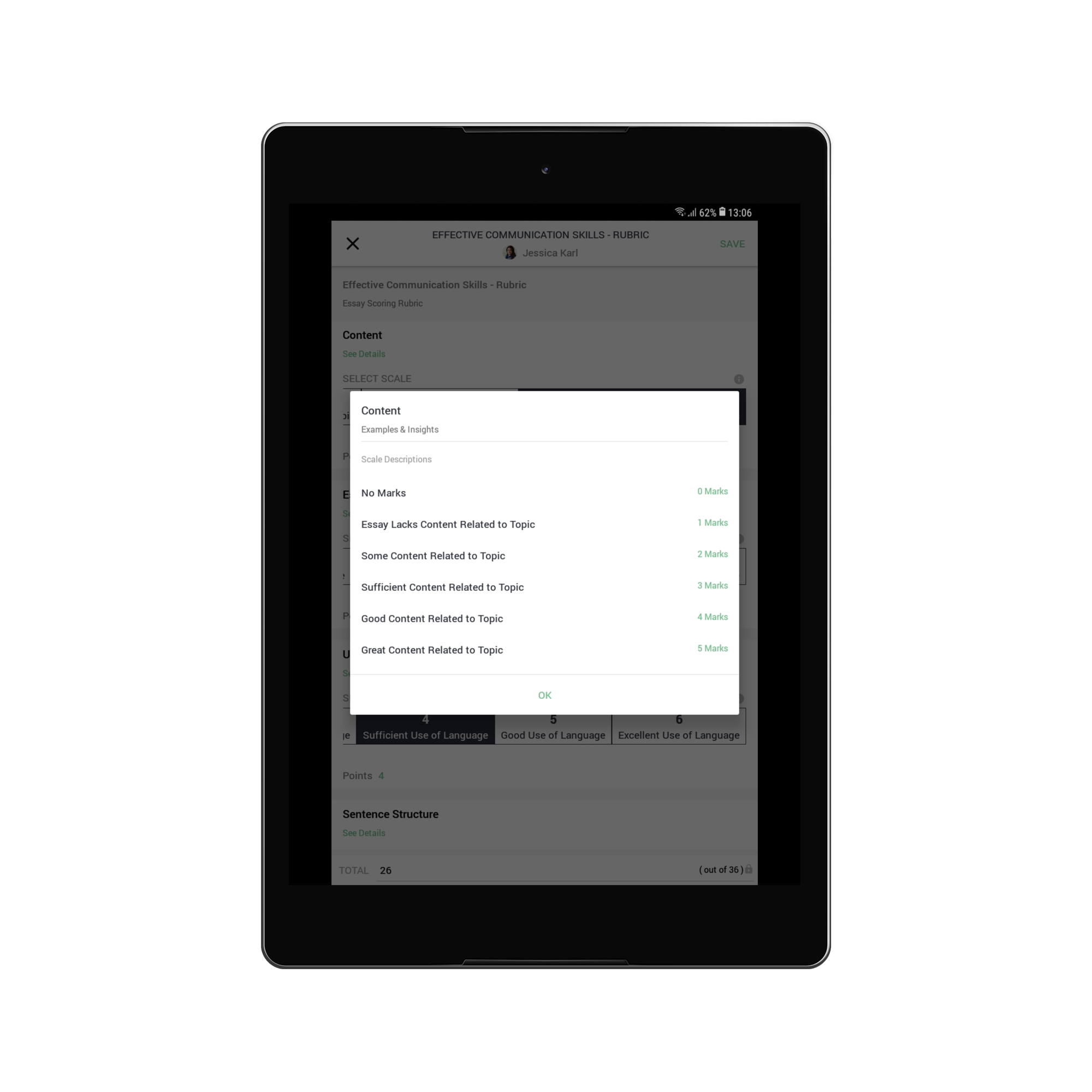 Similar to assignment grading, offline tests can also be graded by using an efficient grading instrument – rubrics.  Offline tests can be graded by rubrics, either scoring or non-scoring, as well as via conventional scoring, by entering the scores directly for learners as per their performance in the offline events held outside Teamie. 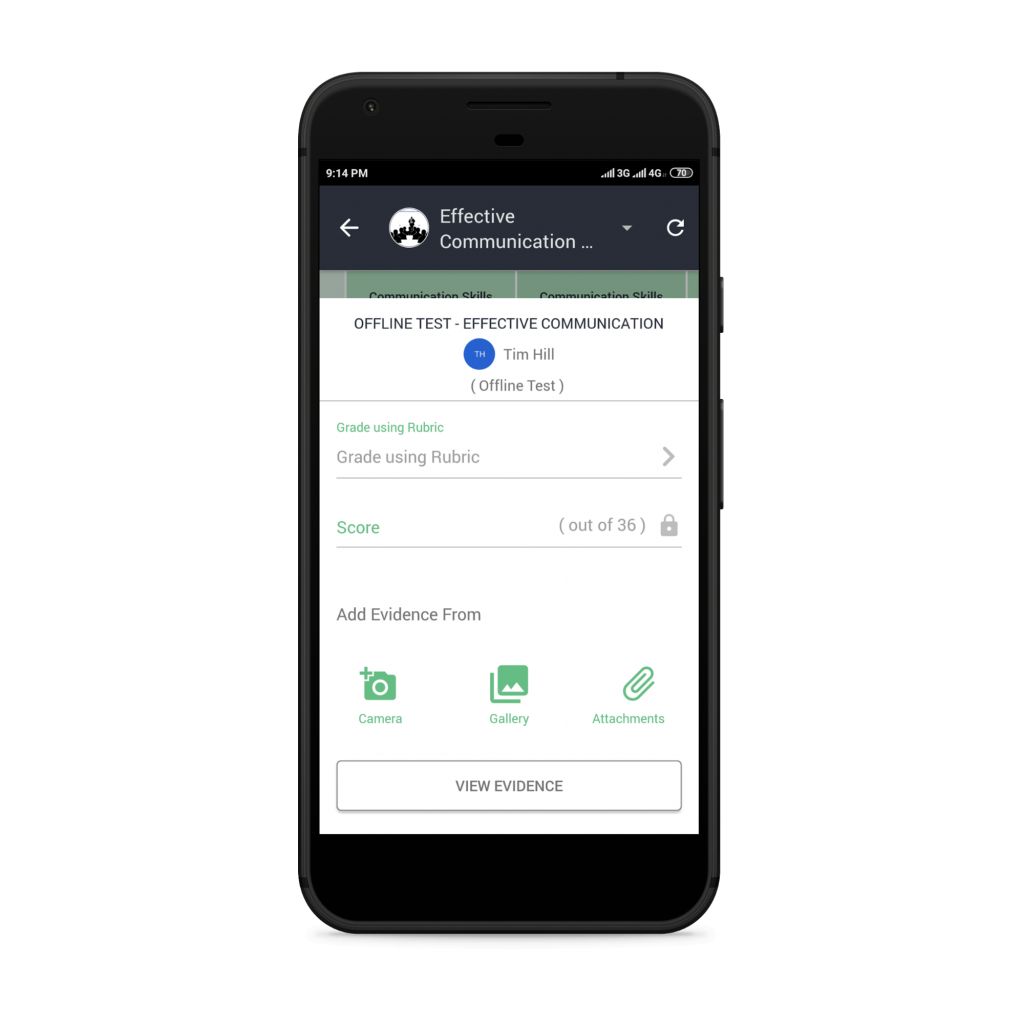 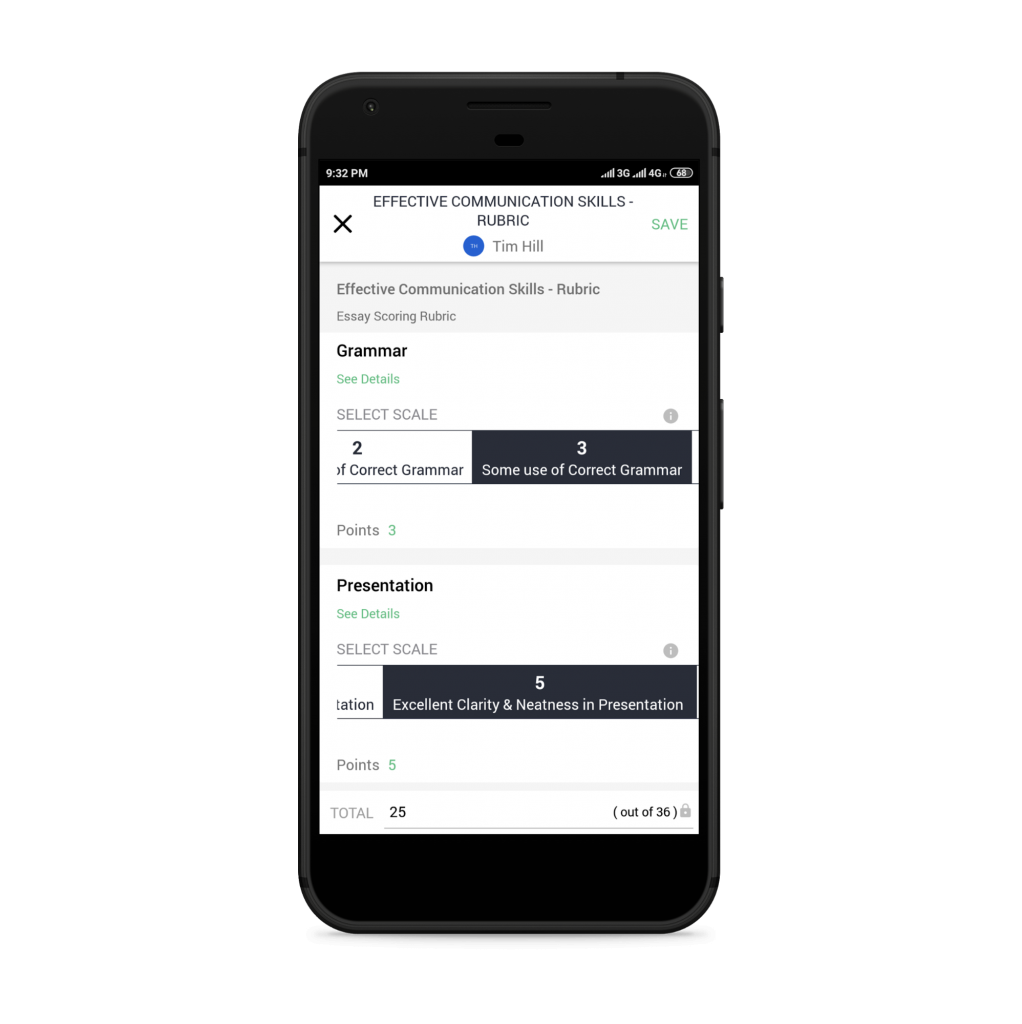 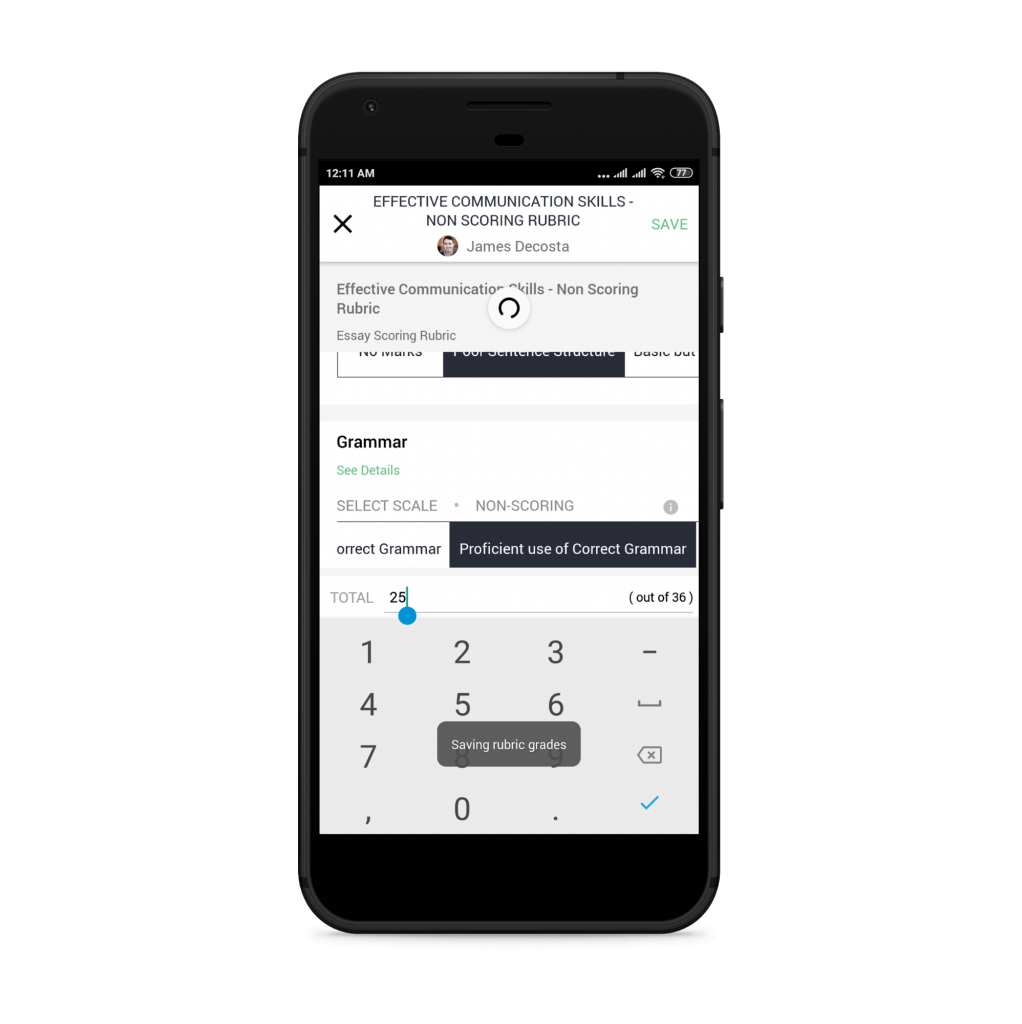 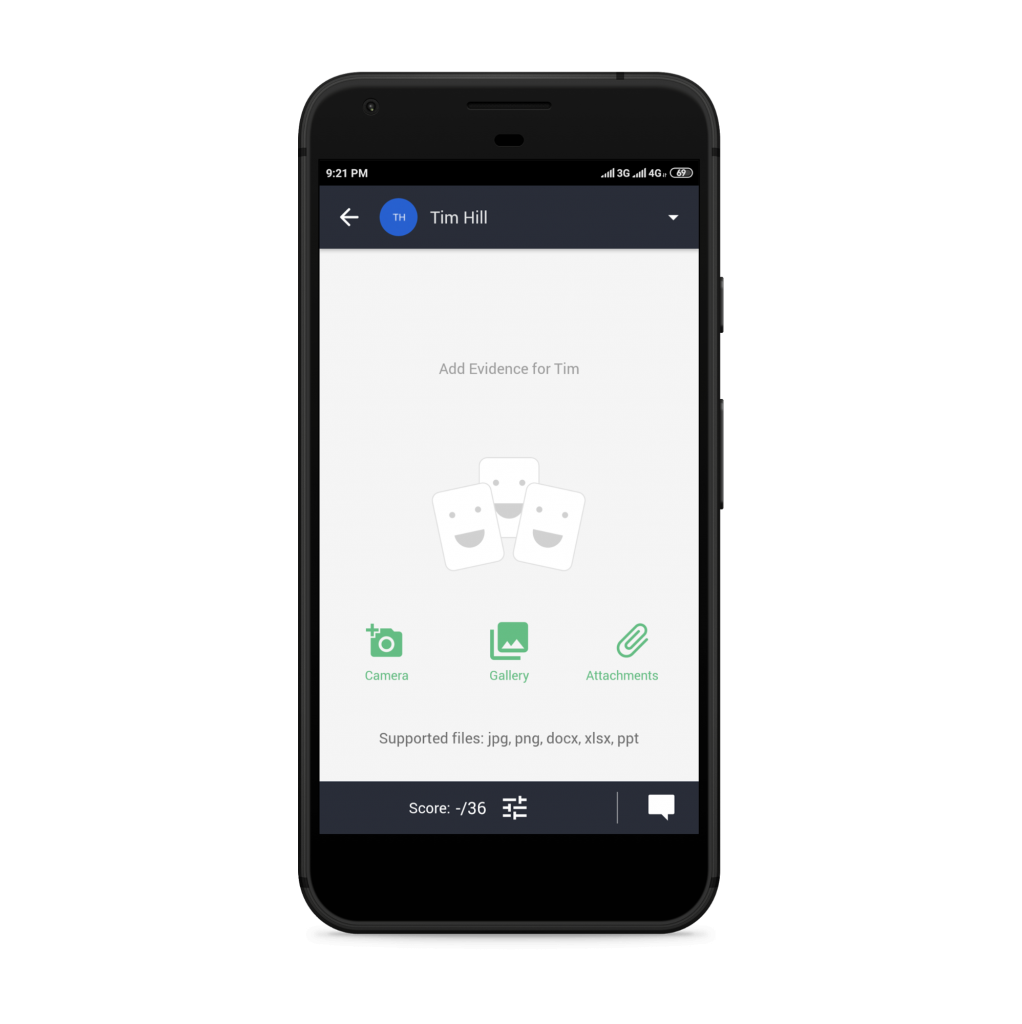 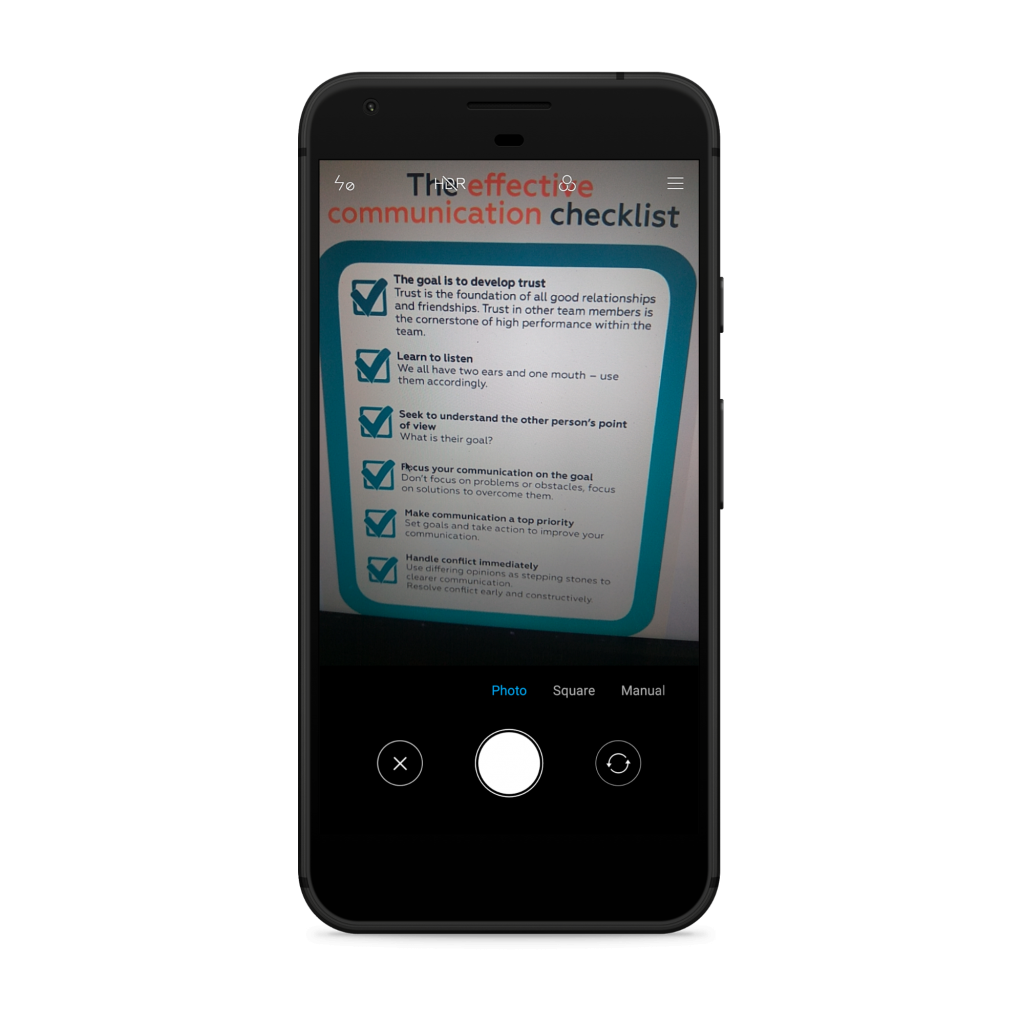 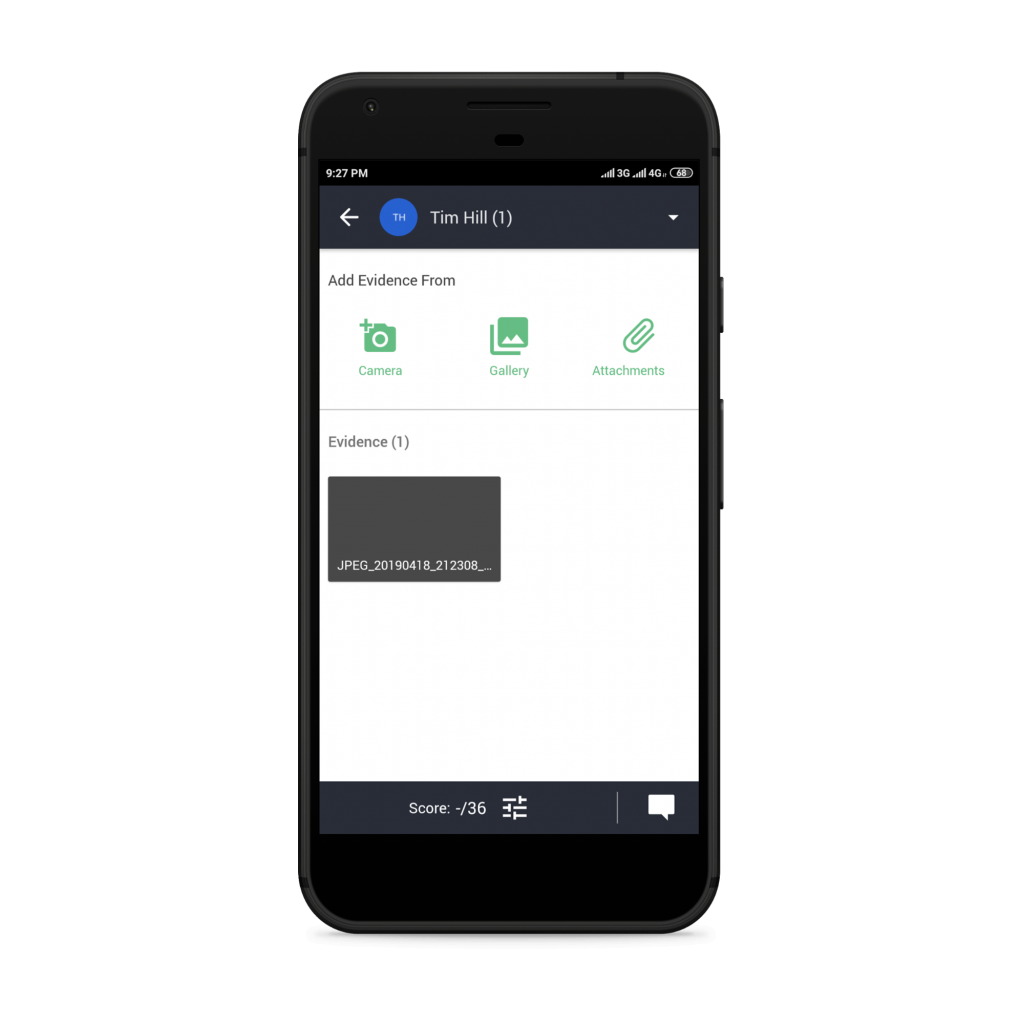 Also, both the assignment and offline test grading support grade scheme, and it will be automatically set as per the scores received by the learner. Do note that, as a teacher, you will be able to  override this grade. 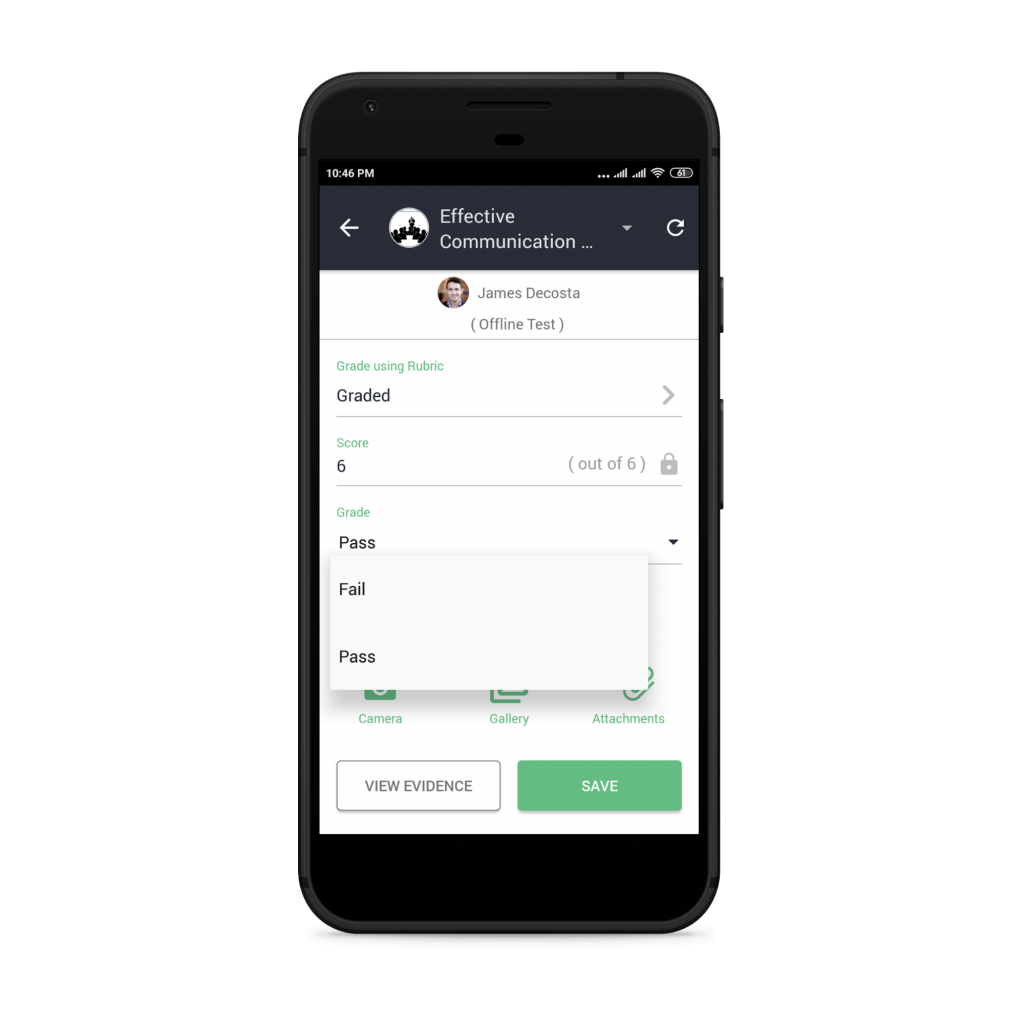 Teachers can also create offline tests from the gradebook view of a classroom. Tap the + icon at the top right of the screen and add the required details, such as, Name, From and To Date, Marks, Weightage, the Section in which the offline test should be created, Rubric to be used and the Grade Scheme that needs to be attached to the offline test. 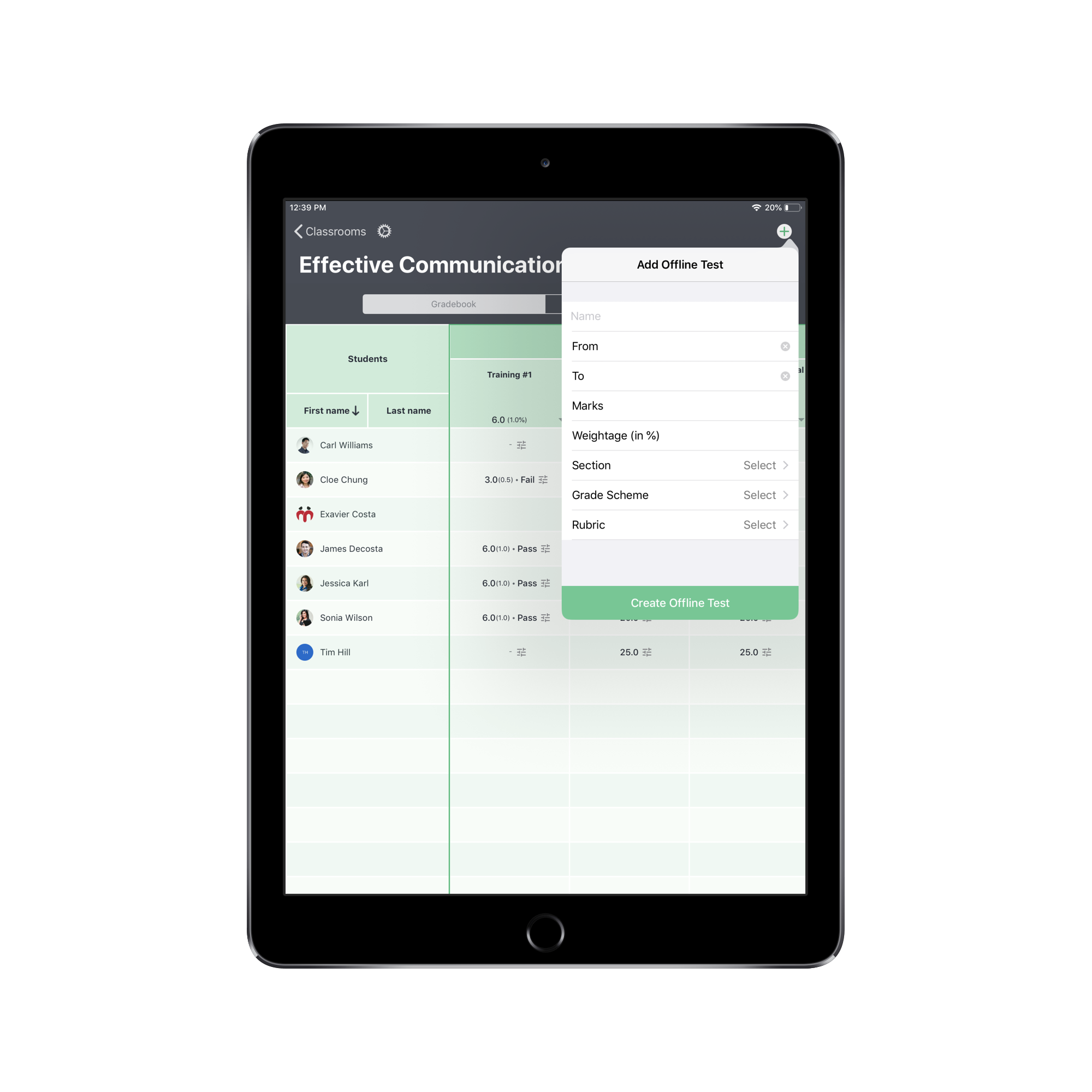 Currently, offline tests can be created from the iOS Gradebook app only.

Sites in which Standards-Based Grading and Reporting (SBGR) feature is enabled will be able to view their classroom mastery scores in the iOS Gradebook app. 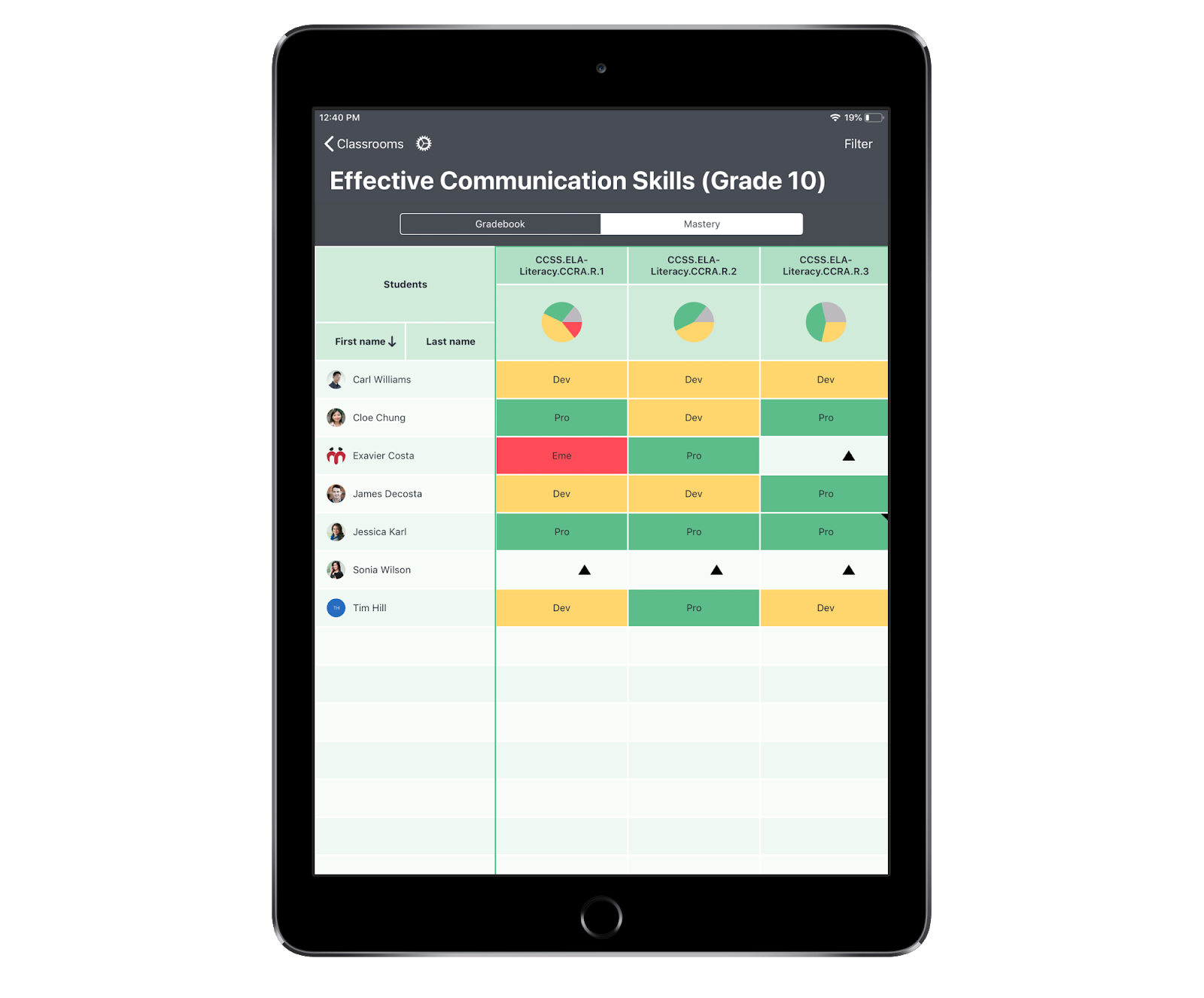 All learners’ scores on all standards for the classroom will be shown in the mastery view. You can filter the mastery view on the basis of the different mastery levels. Mastery views also show icons for Pending Review, Highlight and Reviewed, so it’s easier for you to know what is the status for each learner. 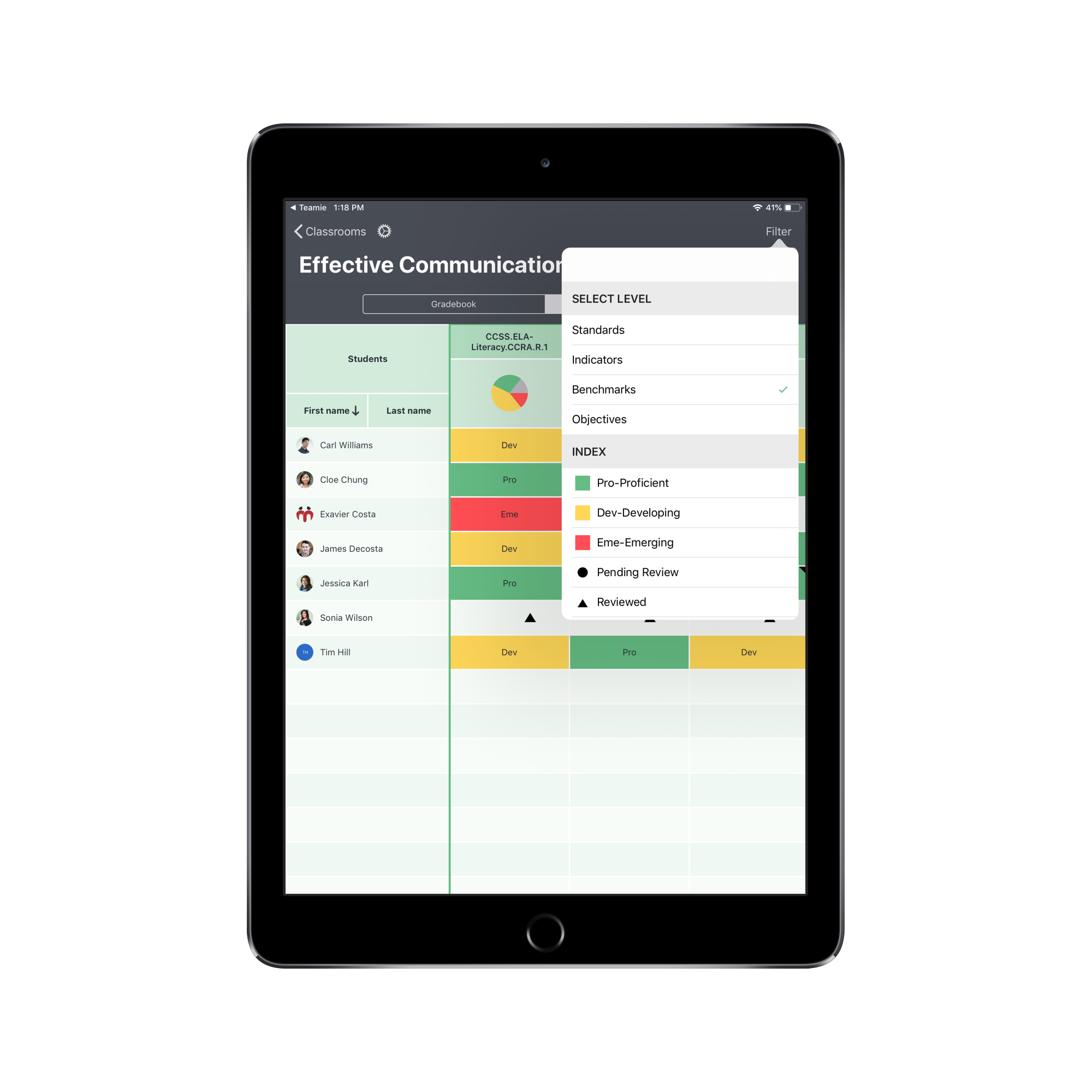 That’s it for this announcement. You can check our help center for detailed workflows of Android and iOS Gradebook app for teachers. We would love to hear your thoughts and suggestions on the Gradebook app 🙂