If you are an active Teamie follower (we assume you are as you are reading this post) you would have noticed some of the new features which we have released in 2016. We got some great feedback for those features and we are working on delighting you to a greater extent.

Our team always felt that hackathons were an integral part of a product company. Hackathons provide an opportunity for every member of the team to discuss, share and build their own ideas. The idea could be building an internal tool, a new feature or anything which the individual thinks would add value to the product. We have an internal hackathon board, which contains various ideas proposed by different people in the team. It also includes suggestions from some of our customers.

Sometime in 2015, we had an internal 24-hour Teamie hackathon to test the mettle of our developers. Our developers built some great features and we’ve shipped some of it already to our customers. (Did you know that Teamie Zapier Integration and Draft Posts were part of the 2015 hackathon?).

We recently had our first Teamie hackathon in 2016. This time there was a bigger motivation for developers as there were prizes for the best hack. We understood that the competition was intense when the developers presented their hacks during the demo.

Below is the brief of some of the ideas that our team hacked.

Teamie aims to bring education and learning anytime anywhere and on any device, so you are never too far or too late to learn something new. We made a small step in that direction during the hackathon by developing a widget for android wear. This lets you respond to a post quickly by dictating a comment.

Teamie was present at the 21st century learning and IBO conference this year and the event attendees wanted a way to play around with our platform as they really enjoyed the demo. We didn’t want those enthusiastic people to be left out. So we hacked a basic prototype which would provide a way for those users to play with the platform. It presents a simple form which when filled up triggers the creation of a sample Teamie site instantly.

We thought it would be useful to recommend content to learners, based on the classroom they belong to. And what better place to show this than within the classroom newsfeed itself? This hack pulls relevant Youtube videos (with safe mode on) and displays it inline within the classroom’s newsfeed. So the learner simply needs to keep scrolling and at regular intervals they’d get these recommended content. 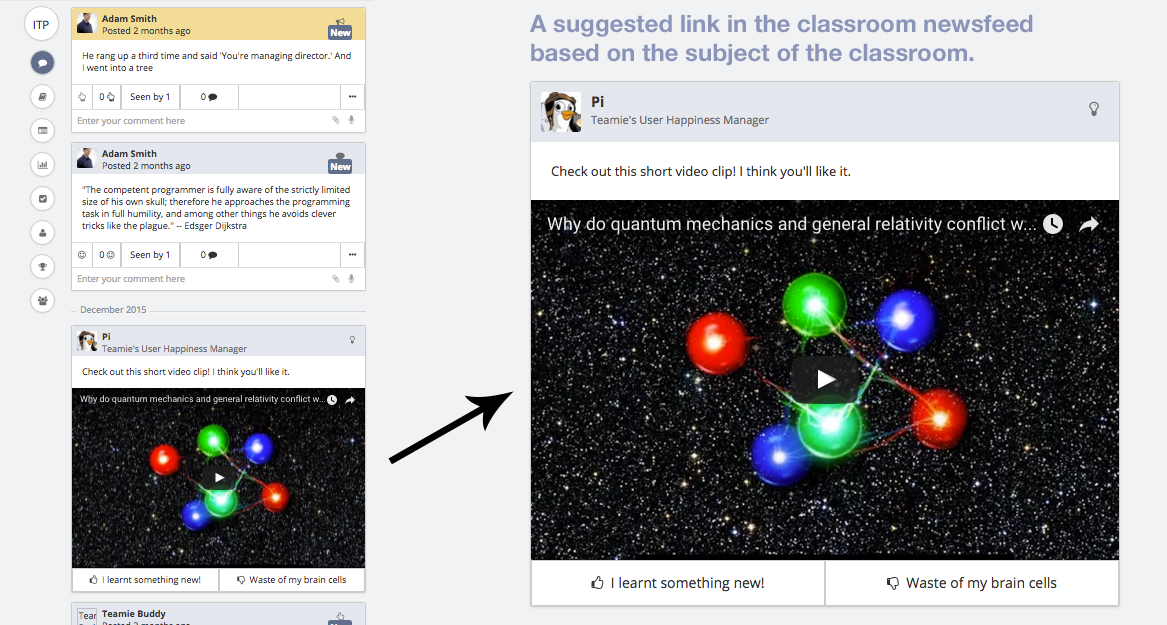 We have always made sincere efforts to maintain a certain coding standard when developing features for our customers. We use Bitbucket as our code repository and all code changes go through a stringent code review process. However, our developers felt that certain coding errors don’t need a human eye to catch them and could be caught by an automated system. Hence, this hack integrates with Bitbucket API to automatically go through code changes by our developers, validate them against a set of coding standards we have and display errors if any. This hack enables our developers to focus more on the nitty gritties of code, rather than watch out for basic errors. If you’re curious to find out how this can be done, read more about Bitbucket API here.

The content creators on our platform have often complained that they forget to publish lessons after they had set the publish date for the lesson. We heard you and hence developed this enhancement and we will be shipping this in one of the upcoming releases. This hack helps to auto-publish draft lessons at the specified publish date and time.

Administrators found it difficult to add users with different roles to a classroom quickly. This hack aims to make the process of adding users to a classroom happen in a jiffy.

Whenever we push out an update to all our client sites, there is a certain downtime that is required. We have been constantly working on reducing that downtime. And this hack was a way to optimize our update process, so that the downtime can be further reduced than what it is currently. (Psst… those of you who know to write bash scripts, try figuring out what’s happening here!) 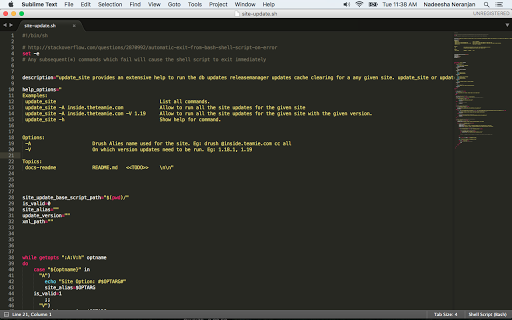 With Dash, we have taken a significant step to ensure that our users have a consistent experience while using Teamie. To aid this, our UX team hacked an internal style guide, which we would refer to while developing features in our future releases. 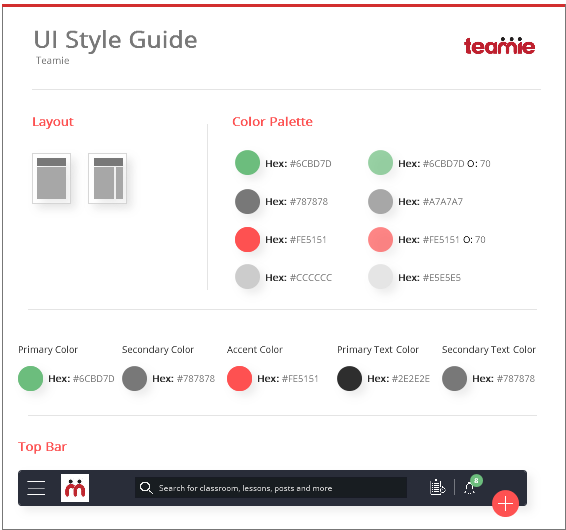 Our users, especially teachers, have created a large number of videos on the platform. We thought it would be great if teachers can show different content at various points in the video. 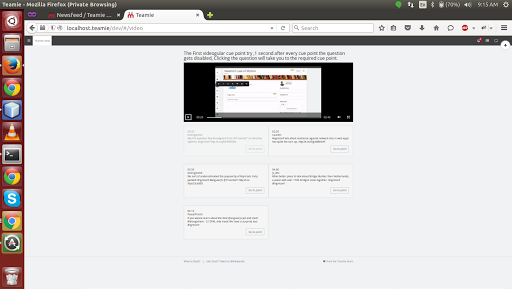 It wasn’t just our developers who hacked stuff. Our testers joined the bandwagon too! In an effort to simplify our current testing process, our testers have integrated with Elementor which lets us test Protractor selectors from your browser. If you are an AngularJS developer/tester you should definitely try it out.

It has been a great start for 2016, and we will keep you posted on upcoming features and hackathons through this blog. Do let us know if you find value in any of the above ideas or have any feedback for us. And yes, in case you are still wondering, we will be shipping out these hacks soon!